Savina Velkova: A collection of writing

Savina Velkova: A collection of writing 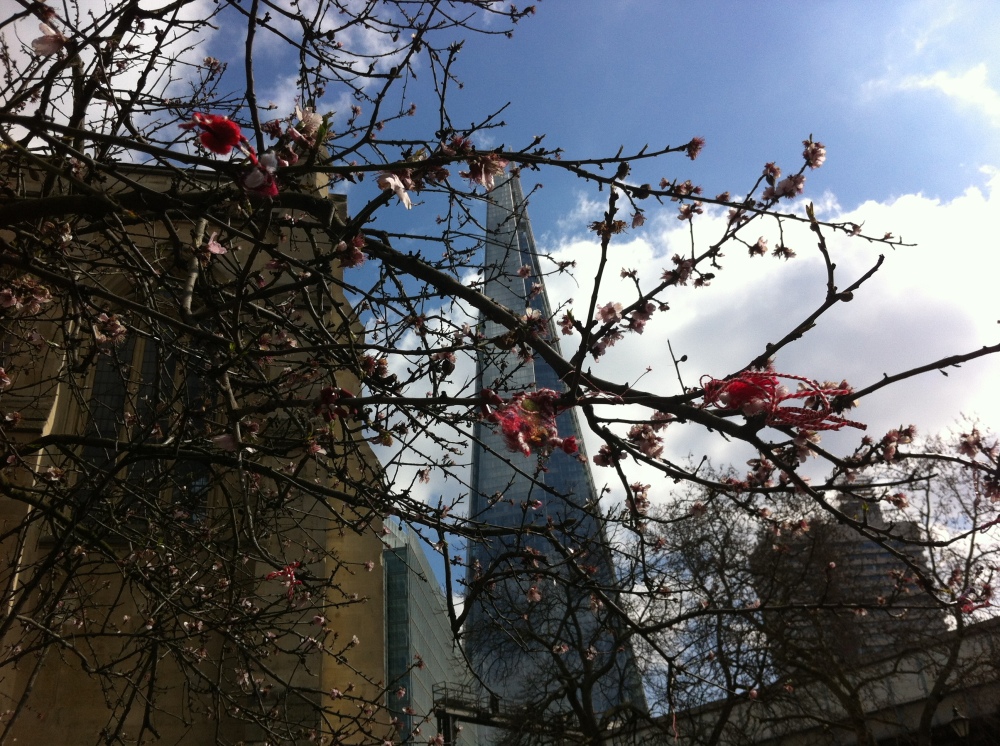 “I’m a citizen of the world” is a laughable cliché. Yet when a friend used it in all seriousness the other day I wasn’t able to respond with anything but a nod of agreement. She’s a German-born Iranian whose family lives in Zurich and she told me that at a bar atop a tall building in London, where we both live. Then she said she felt Germany was her home but almost in the same breath mentioned a possible work assignment in Australia in the coming months.

Fitting in != being similar

London is like that. I used to stand out with my Bulgarian passport and tenure in Argentina and the United States, and here that’s the norm. But I’m starting to think that the reasons are not simply geo-economic but rather generational. Few of my peers are living close to where they were born, few speak one language only and still fewer are planning as their next step “settling down” in the place they are from or even the one where they are currently residing.

Granted, I’m only looking at one fairly uniform group: educated ambitious young people who are either completing a higher level of education, working in white-collar jobs or trying to make it in a creative industry. But within this group, the variation is big. My Bulgarian high school friends are scattered around Europe and the United States, with highest concentration in London. The people I’ve met here come from all parts and mull over places as distinct and distant as Sydney and Istanbul as their next ports of call. And among my college friends in the US few live in the states where they were born. East Coasters chase after the tech promise out West and West Coasters follow creative dreams in New York, Austin and New Orleans. Hong Kong and Singapore are a draw to a certain kind of person – I can think of a couple of friends who went for a year and don’t seem to be coming back any time soon.

My company’s London office employs people from twenty nationalities. My teammates and I used to joke that we’d only hire a candidate from a nationality not already represented and only if they had spent some time in an additional country as well. We didn’t actually use this formula to select candidates, but we might as well have. Before I moved to product management, I was sitting around a desk island with colleagues from France, Portugal, the Philippines and the UK who had studied abroad or lived in Hong Kong, Australia, Spain and India, respectively. I fit right in.

It seems like our generation sees cross-border movement for education, career advancement and personal development as standard parts of young adulthood. And while one could say that some of us transplant-adventurers are here for better study and work opportunities than our own countries can give us – I admit I am – others are here because while they were going through life in Germany, Sweden, Norway or any other country with decent education, standard of living and perspectives for young people, an exciting opportunity arose and they saw no reason not to take it.

Unfortunately and very ostensibly, governments haven’t caught up much to this trend. Immigration laws are stricter than ever and if recent neo-nationalist trends in Europe are an indication it will only get harder to view the world as your oyster. It feels nice to be part of a union and travel with an ID card only, so nice I almost forgot I was once treated with disturbing suspicion at LAX and DFW and SFO. But reminders abound. My heart breaks a little bit every time a good Russian or Canadian resume pops up. And only recently at an airport in Oslo a less-than-knowledgeable man stopped me at the gate and asked for a visa to enter the UK. “I don’t need one. European Union,” I responded with what I hoped was confidence but inside I was terrified I had missed something. Click click click, and he let me through.

So, where is home?

At most parties I’ve been to since I started going to real parties, at some point someone has asked, “So, where is home?” It’s a question I have issues with. In a way the place you name when you respond to that question has become both irrelevant and excessively personal for an opening conversation with a stranger.

People ask questions to learn something about each other and find common ground. Where you were born twenty six years ago seems much less relevant to that objective than how long you’ve been in this particular place, how long you’re planning to stay, what you did on any given day of the last week and what gets you out of bed in the morning. Of course, learning about where someone was born can help you understand their culture, upbringing and deeply rooted fears and convictions, but isn’t that a bit personal to start with?

It’s also an antiquated question. The meaning of home has changed and most likely varies based on experience and morphs over time. Since the beginning of college home for me has been oddly split between the place where my bed is and the place where my family is. As my sisters grow and in their turn move to find new opportunities, fewer members of my family remain there. If my parents decide to spend their retirement years in a different country, or even a different city of Bulgaria, would that become home then?

Sometimes I think that home is the place you go when all else fails. Until recently the only people I heard about who were “moving home” were the people whose immigration visas ran out. I was one of them after two years of post-graduation work in San Francisco. I spent six weeks at home where I felt sheltered and was able to re-focus and re-gain the confidence I needed to jump at the next opportunity.

But home is also where you feel free, relaxed and in control, and that might be a place as crazy and overwhelming as London, at least for a while.